Understanding the `C` of Quantum Computing?

Quantum computing harnesses the phenomena of quantum mechanics to deliver a huge leap forward in computation to solve certain problems. If one does not know quantum mechanics from before, it is the branch of mechanics that deals with the mathematical description of the motion and interaction of subatomic particles, incorporating the concepts of quantization of energy, wave-particle duality, the uncertainty principle, and the correspondence principle.

Quantum Computing is Hard to Explain. They aren't the next generation of supercomputers, they're something else entirely. They are designed to solve complex problems that today's most powerful supercomputers cannot solve, and never will. Confusing it may be, but bear with me please !

I shall use a simple example from our daily life to explain it. Imagine you have invited 15 "fussy" friends for a dinner party. but there is only one optimal seating plan out of all the different possible combinations. How many different combinations would you have to explore to find the optimal?

Now put a fast computer to work, and say each combination took 1 microsecond to check. Classic computer would still take about 1 week to solve while the quantum computer will take only a second.

What is a quantum?

The quantum in "quantum computing" refers to the quantum mechanics that the system uses to calculate outputs. In physics, a quantum is the smallest possible discrete unit of any physical property.

What is a qubit?

Today's computers use bits; either 1's or 0's. Quantum computers, on the other hand, use qubits, which are typically subatomic particles such as electrons or photons. Generating and managing qubits is a scientific and engineering challenge. Qubits can hold a superposition of all possible states.

In superposition, quantum particles are a combination of all possible states. They fluctuate until they're observed and measured. One way to picture the difference between binary position and superposition is to imagine a coin. Classical bits are measured by "flipping the coin" and getting heads or tails. However, if you were able to look at a coin and see both heads and tails at the same time, as well as every state in between, the coin would be in superposition. To put qubits into superposition, researchers manipulate them using precision lasers or microwave beams. 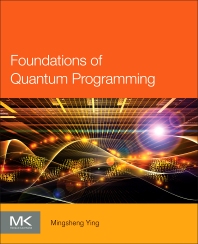 How does quantum computing work?

A quantum computer has three primary parts:
- An area that houses the qubits
- A method for transferring signals to the qubits
- A classical computer to run a program and send instructions

For some methods of qubit storage, the unit that houses the qubits is kept at a temperature just above absolute zero (0K) to maximize their coherence and reduce interference. Other types of qubit housing use a vacuum chamber to help minimize vibrations and stabilize the qubits. Signals can be sent to the qubits using a variety of methods, including microwaves, laser, and voltage.

Microsoft, IBM and Google have all created tools - Q#, Qiskit and Cirq, respectively - that draw heavily on the Python programming language, and have built user-friendly development environments with ample documentation to help coders get started.

IBM makes a five-qubit machine freely available, but to use the company's more-powerful machines, research organizations need to be part of its Quantum Network, comprising universities, laboratories and companies.

Microsoft offers access to other firms' quantum computers through its new Azure Quantum platform. This is at a free 'limited preview' stage.

Google doesn't sell access to its quantum machines, at not for free.

Curious scientists can also experiment with an emulator that simulates a quantum computer on a classical machine. Microsoft's QDK, for example, has a built-in emulator that can simulate a 30-qubit device on a laptop. In an emulator, one misses the real learning of Noices and Error prone behavious of qubits, which is the key to any quantum computing.

In order to keep the complexity low, I am skipping more details about them in this article.

The most commonly used model is the quantum circuit model of computation. A classical (or non-quantum) algorithm is a finite sequence of instructions, or a step-by-step procedure for solving a problem, where each step or instruction can be performed on a classical computer. Similarly, a quantum algorithm is a step-by-step procedure, where each of the steps can be performed on a quantum computer. What makes quantum algorithms interesting is that they might be able to solve some problems faster than classical algorithms because the quantum superposition and quantum entanglement that quantum algorithms exploit probably can't be efficiently simulated on classical computers.

One of the most promising applications of quantum computers is for simulating the behavior of matter down to the molecular level.

Auto manufacturers like Volkswagen and Daimler are using quantum computers to simulate the chemical composition of electrical-vehicle batteries to help find new ways to improve their performance.

And pharmaceutical companies are leveraging them to analyze and compare compounds that could lead to the creation of new drugs.

The machines are also great for optimization problems because they can crunch through vast numbers of potential solutions extremely fast. Airbus, for instance, is using them to help calculate the most fuel-efficient ascent and descent paths for aircraft.

There are a number of technical challenges in building a large-scale quantum computer.

Suspending qubits in a state of superposition is incredibly hard. To achieve stability, quantum computers need to be kept in refrigerators that cool down the qubits to temperatures just above of absolute zero (0 K).

Qubits are susceptible to noise (a phenomenon known as decoherence), which means that they lose their probabilistic quantum behavior-and with it their stored information-to an environment of interacting particles.

Quantum computers are not the superior choice for every type of computation. They will not be faster at doing elementary operations on two numbers, they will not effortlessly train neural networks, and they will certainly not be running everyday programs faster.

The current generation of quantum computers are not powerful enough to produce fault-tolerant results.

The Future of Quantum Computing

It is difficult to find solutions to chaotic problems using classical computing, since it is modeled on the basis of linear mathematics; one step after another. As technology advances, the problems encountered are getting more complex. Complex here does not mean "difficult to comprehend", it means the iota (i) - the imaginary number in Maths. Quantum computing offers a solution for complex problems like protein modeling. Scientist's believe, Quantum computing can be a game-changer in such fields as cryptography and chemistry, material science, agriculture, and pharmaceuticals when the technology becomes more mature. Major players are already experimenting with Cloud-based quantum computing for providing quantum computing by using emulators, simulators or processors through the cloud. Possibilities are enormous, as the world waits for this new "revolution" to evolve and mature.

2019, Google's quantum computer did a calculation in less than four minutes that would take the world's most powerful computer 10,000 years to do and is about 158 million times faster than the world's fastest supercomputer at that time.

Basically it all churns down to speed !

Hope this was helpful, in giving you a quick brief about this new technology, our world is experiencing.

Looking forward to see you soon.